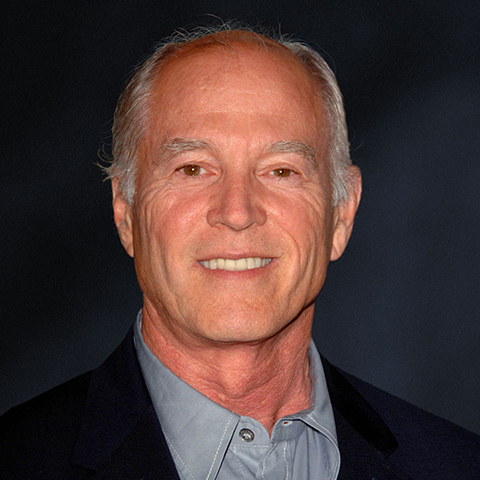 Frank Marshall is one of the premier film producers in the entertainment industry. His career-long efforts in collaborating with the industry’s most influential minds has defined generations of movie-goers, producing such timeless hits as Back to the Future, Who Framed Roger Rabbit? and the Indiana Jones and Jason Bourne franchises. In addition to a prolific producing career, Marshall has garnered wide acclaim as a film director, having brought to the screen such memorable movies as Arachnophobia, Alive, and Congo. Currently, he is directing the Bee Gees documentary. Marshall was a producer of the 2015 blockbuster Jurassic World, which has grossed more than $1.5 billion worldwide, making it the sixth-biggest box office hit of all time.

The son of American composer and conductor, Jack Marshall, Frank is an avid musician himself. He worked as the line producer on Martin Scorsese’s The Last Waltz, where he helped Scorsese document the final touring concert of The Band, immortalizing the group’s performance for future generations. He also produced the 2018 Broadway musical, Escape to Margaritaville, alongside Jimmy Buffett, which will go on tour in 2020. His musical, Diana, played at the La Jolla Playhouse from March to April 2019 and is headed to Broadway this year. Marshall made his stage directorial debut with Invisible Tango that had an extended run at the Geffen Playhouse in 2019.

Growing up, Marshall was a keen sports enthusiast. Before graduating from UCLA in 1968, Marshall ran track and cross-country for the school. In addition, he spearheaded the university’s inaugural soccer team, becoming a three-year varsity letterman in the process. Marshall directed the ESPN 30 for 30 documentary, Right to Play.

Marshall began his motion picture career as an assistant to director Peter Bogdanovich. The filmmaker quickly promoted Marshall to serve as his location manager on the timeless movie The Last Picture Show. Marshall then took on the responsibilities of associate producer for Bogdanovich as the pair continued their alliance, creating such notable films as Paper Moon and Nickelodeon. In 1978, Marshall was hired by filmmakers George Lucas and Steven Spielberg to produce the iconic Raiders of the Lost Ark. Released in 1981, the film was a huge international success and was nominated for nine Academy Awards. That same year, along with future wife and fellow producer Kathleen Kennedy, Marshall teamed with Spielberg to form Amblin Entertainment. Over the next decade, the trio established one of the most successful collaborations in motion picture history, bringing to the screen some of the most beloved movies of the modern era, including E.T.-The Extra Terrestrial, Poltergeist, and The Goonies.

In 1991, Kennedy and Marshall ventured out on their own to form The Kennedy/Marshall Company, where the duo continued to produce critically acclaimed films such as The Curious Case of Benjamin Button and the international hit franchise based on Robert Ludlum’s The Bourne Identity.

Marshall’s accomplishments in the film industry have resulted in five Academy Award nominations for producing titles as diverse as M. Night Shyamalan’s The Sixth Sense to Gary Ross’s Seabiscuit. In addition to his Oscar nominations, Marshall has been acknowledged for his work with UCLA’s Alumni Professional Achievement Award, the California Mentor Initiative’s Leadership Award, and the acclaimed American Academy of Achievement Award. Along with Kennedy, Marshall was the 2008 recipient of the Producers Guild of America’s David O. Selznick Award for Career Achievement. A year later, the duo was lauded with the Visual Effects Society’s Lifetime Achievement Award. In November 2018, he and Kennedy received the Irving G. Thalberg Memorial Award, an honor presented to creative producers “whose body of work reflects a consistently high quality of motion picture production.”

Aside from his Hollywood legacy, his love of sports and philanthropy led him to serve as a member of the United States Olympic Committee for more than a decade. Marshall was bestowed with the Olympic Shield in 2005 in honor of his service to the committee and the Olympic movement; and, three years later, Marshall was inducted into the United States Olympic Hall of Fame. He also serves as Board Chair of the US Center for SafeSport and the Archer School for Girls, and on the board of several philanthropic organizations including Athletes for Hope and LA’s Promise Fund.

In 2012, Marshall took over as the sole principal of The Kennedy/Marshall Company when partner Kathleen Kennedy became Chairman of Lucasfilm Ltd.